The ‘Library’ is one of the museum’s room.

The library is a relatively small room that seems to have been intended for the public. The room is full of bookshelves, each of which are filled with books that are linked to Professor Hubert Windlenot's interests, the ancient mysteries and the background of the museum exhibits. The bottom part of the bookshelves serve as cabinets. Also along the one wall of bookshelves, there is a ladder that rolls along the wall, which is used to access a higher lever of bookshelves, where there is a statue on the one wall.

In the center of the room, is a large table, obviously intended for the visitors so they can sit and study the books. On one corner of the room there is a candelabra, with a lot of wax candles on it. On the opposite end of the room, there is a pedestal, which a special book is to rest on.

The view as you enter the library the first time.

Overhead view from the location of the statue.

A view of the Candelabra

The pedestal for Egyptian Hieroglyphs Explainded

The statue in the library.

The ladder that lets you reach the statue.

The only thing that would qualify as a display would be the pedestal with the book Egyptian Hieroglyphs Explained in a prominent position. The book, that was removed, is a key part of the Riddle Chain in the museum.

There are two exits from the library. One enters the library through a door from the Main Entry Hall. The library is apparently a dead end, but there is also a secret exit hidden by one bookshelf, which leads to the Secret Passageways on the first floor of the museum.

The door leading back to the Main Entry Hall.

The doorway to the Secret Passage, wedged open.

The only hiding spot in which a vessel is hidden is in the base of a statue high up on one of the walls. The only way to reveal this hiding spot is pulling the correct book on the one library shelf, a usual but effective cliché.

The only hiding spot in the Library for an Ixupi are the candles in the candelabra.

This room shows evident signs that something is amiss. The first is that the book that is supposed to be on the pedestal is missing. The next sign that things are amiss is that the bookshelf that would conceal the entrance to the Secret Passageway is wedged open. It is entirely possible that this was done by Beth Ann Nelson, since she was the one who went down the secret passage.

The book is missing from here.

Not seen, but the door is wedged open.

There are no real puzzles in the Library, unless you call the cliché book being a hidden lever. However, the book that is supposed to be on the pedestal is part of the Riddle Chain puzzle. There are also books in the library that can be used to solve other puzzles in the museum.

Pulling the book that is shown in the picture...

...reveals the compartment in the base.

The bookshelf housing most of books needed.

Books in the Library[]

While there are numerous books in the library, the important titles are as follows. 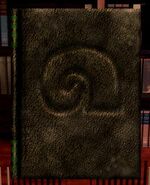 Translation of Ixupi legend. Black book with symbol for Ixupi tomb on it. 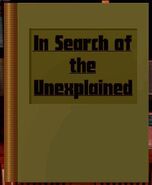 In Search of the Unexplained. Green book with beige spine. 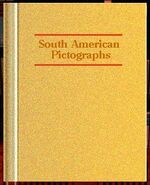 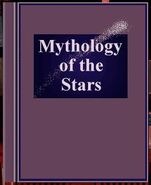 Mythology of the Stars. Purple book with purple spine.